There is a Will

If there is a will, it may determine who inherits even if the person didn’t know of the newly discovered heir.

There is no Will

If you recently discovered your ancestors through DNA, and there is no will, you may inherit the same as other heirs.

Whether there is a will or not, if the family doesn’t acknowledge you as an heir, you may have to file a paternity suit.

​With the advent of DNA testing kits that are prevalent today, many people, who do not know who their parents are, search for them through DNA databases. They will sometime find information on an unknown parent, grand parent, etc. What does that mean as far as inheritance?

There is a will

If a person leaves a will, the will determines who inherits his property. Texas does not have forced heirship e.g. a person has to leave some of his property to his children. In Texas, like most states, you do not have to leave anything to your children. What that means is, if the person leaves a will that disposes of all of his property, no one will inherit except those named in the will. That doesn’t change based on the fact that he may have had children that he didn’t know. One possible exception is a pretermitted child.

If the will leaves property to his “children” or his “descendants” or his “heirs” or something similar without naming who they are, the children who are searching for their parent because of a DNA test may be entitled to a share of the property. A person must first determine if there is a will and what the will says. When a will is filed for probate, it is filed with the county clerk in the county where the decedent resided. Once filed, it is a public record and anyone can get a copy.

There is no will

What if the person dies intestate meaning he dies without a will? In that case, his heirs which include his children will inherit his estate, generally. Depending on when the person died, the wife may inherit some his property but most property would go to his heirs (his children) with some exceptions.

One big problem with these cases is paternity. If the child seeking their parent was not acknowledged by the parent and the issue of paternity is to be decided by a court, there may be time limits involved. The further back in time it has been since the parent died, the more difficult the process may be.

The issues surrounding these cases need to be discussed with an attorney.

Update: I have posted a podcast about this subject. You can listen to it on most podcast platforms. Here are a few: Apple, Spotify or Anchor.

Heirship proceeding are different from will contest. If more than four years have passed, it may be difficult, but may not impossible, to gain the inheritance that someone else has that should be the heirs. This is complicated, involving heirship proceedings but there is a possibility that it can be done.

A pretermitted child is a forgotten child who takes a part of their parents’ estate even if not mentioned in the will. 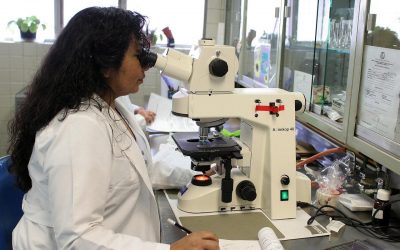 With the advent of DNA testing kits that are prevalent today, many people, who do not know who their parents are,...