​Start Here to Read About Problems with Trustees

A fiduciary has the highest duty imposed by law.

Many people are fiduciaries whether they know it or not.

A fiduciary must account to the beneficiary for all of his acts.

Problems with Executors or Trustees in Texas

Start Here to Read About Problems with Trustees

Trustees, Executors, Fiduciaries, and the Problems That May Arise

When there is a will or an estate that needs to be distributed among beneficiaries, an executor is often placed in charge of getting this done.

Because the executor of an estate is a type of fiduciary, it’s helpful to understand more about what a fiduciary is and what’s expected of them.

What is a fiduciary? A fiduciary is anyone who has control or custody over the funds or property of another person.

A trustee, an executor, and even a banker are just a few examples of fiduciaries.

They are people with responsibility for another person’s assets.

A great deal of trust is placed in a fiduciary’s hands and thus there is also the potential for misuse and abuse of the estate with which they are entrusted. For the purposes of this article, the fiduciary we’ll be talking about is the executor of a will but the information also applies to trustees, holders of a power of attorney, and other fiduciaries.

The Law is Specific About the Duties of a Fiduciary

Because fiduciaries often oversee the distribution of other peoples’ funds, the law places unusually strict guidelines over how they handle an estate.

According to Texas law, the fiduciary owes the beneficiaries of an estate they are overseeing the duties of “…loyalty and good faith, integrity of the strictest kind, fair, honest dealing and the duty not to conceal matters which might influence his actions to his principal’s prejudice.”

What does that mean for you?

It means that the executor entrusted to act as fiduciary of your loved one’s estate must act in the beneficiaries’ best interests and not their own.

Everything they do with the funds and property entrusted to their care should be judged in light of this one question: “How does this help the beneficiary?” If there is an action that does not help the beneficiary, the fiduciary is normally not allowed to do it.

Failure to take action according to this strict code of conduct could result in the removal of the fiduciary.

If you believe the executor of a will in which you are a beneficiary is using the funds or property of the estate in a way that does not help the beneficiaries – especially in those ways where the executor, themselves, might profit – you may dispute their assignment as executor or have them removed after the appointment.

Not all fiduciaries are removed due to the deliberate mishandling of the estate.

The accounting duties of a fiduciary are strict and rigorous.

A fiduciary has a duty to make full and accurate disclosure of all his fiduciary activities, transactions, profits, and mistakes even when – and especially when – it hurts.

These accountings may be at regular intervals – such as once per year – as well as when a beneficiary demands that one be made. In both cases, it is the fiduciary duty to make the accounting available.

An executor is not the only fiduciary. Others who may be fiduciaries and have to follow the strict duties and reporting of an executor are:

These are formal relationships but fiduciary duty may also arise out of informal relationships between two people when there is a high degree of trust, influence, or confidence held by one for the other. These may be the result of natural developments but sometimes are acquired through abuse, manipulation, or dominance.

If a fiduciary fails to live up to the high standards imposed on him by law, he may be removed, made to pay any damages caused by his breach of duty, forced to return any property that he may have taken from the estate, denied compensation as well as forced to return any compensation that he has received, pay exemplary (punitive) damages and attorney’s fees. The remedies available to the beneficiaries are:

Every case is different and the result will depend on how the account was mishandled, to what degree, and why.

While every executor has the responsibility to live up to the standards expected of a fiduciary, juries will treat the fiduciary who is milking the beneficiaries’ funds to their benefit more harshly than they will the elderly aunt who hasn’t stolen any money, but who has not made regular accountings or disbursements.

You deserve to have your inheritance handled effectively, accurately, and appropriately. If you suspect that the executor of a will is not fulfilling their responsibilities, please don’t hesitate to get in contact with us.

If someone asks you to be the trustee of their trust, what do you need to know? You can read more at JDSupra. JDSupra set out what you need to know in an article titled “What New Family Trustees Need to Know.” 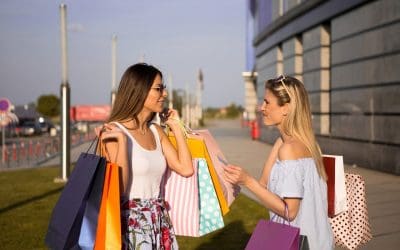 A Texas spendthrift trust provides for the beneficiary but is not available to the beneficiary’s creditors. A creditor cannot get to the assets of the trust.

Discover the Liability of a Fiduciary in Texas

A fiduciary owes the duty of loyalty and good faith, integrity of the strictest kind, fair, honest dealing, and the duty not to conceal matters which might influence his actions to his principal’s prejudice.