Learn About Fiduciary Duty in Texas 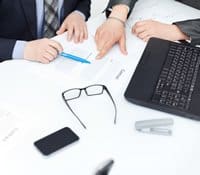 Fiduciary responsibility in Texas – Fiduciary is a general term. A fiduciary is someone who has undertaken to act for and on behalf of another in a particular matter in circumstances which give rise to a relationship of trust and confidence. It includes executors, administrators, holders of powers of attorney and others who have custody and control of the property or affairs of others or in whom someone has placed trust and confidence. A fiduciary duty is the most exacting civil duty recognized by law. The fiduciary owes the beneficiaries the duties of loyalty and good faith, integrity of the strictest kind, fair, honest dealing and the duty not to conceal matters which might influence his actions to his principal’s prejudice.

Learn When an Executor or Other Fiduciary Must make an Accounting.

Learn how to Make a Trustee Reveal the Trust Assets and his Actions.

A fiduciary has an affirmative duty to make a full and accurate disclosure of all material facts that might affect the beneficiary’s rights. The trust accounting is the primary way that the beneficiary obtains information that will allow him to protect his rights. The...

Does a Trustee Have to Make an Accounting?

Trustee Accounting One of the primary duties of a trustee is to keep full, accurate and orderly records concerning the status of the trust estate and all acts performed by him. He is charged with maintaining an accurate account of all the transactions relating to the...

In Texas, a beneficiary has a right to know what is going on with the money being held by a fiduciary. Whether the fiduciary is an executor, an administrator, or someone with a power of attorney, the right of the beneficiary to documentation is the same.When the...