Find Out About Contracts to Make a Will 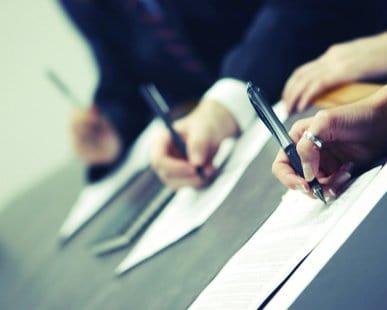 This question usually comes up when a husband and wife make their wills at the same time. A contractual will is different from a joint will. A joint will is just one document that has the testamentary wishes of two people. It is not contractual.

A mutual or contractual will is one executed pursuant to an agreement between the testators to dispose of all their property in a particular manner, each in consideration of the other.  Texas courts view claims of contractual wills cautiously.  Contractual wills can be established only by full and satisfactory proof, and no presumptions or inferences are indulged in favor of them.  To establish that a will is contractual, a two-prong test must be met.

In a recent case, the husband and wife executed wills on the same day.  The will concluded by saying

“I have executed this Last Will and Testament concurrently with my said wife, (wife), having executed her Last Will and Testament, a copy of which is attached hereto and made a part hereof, both of said Last Wills and Testaments having been executed in accordance with a contract between us, and this is to acknowledge that both said wills are contractual and can not be revoked without the written consent of both myself and my wife.”

Husband died first.  He owned a house and land before this marriage so it was his separate property.  His will left the house to the wife using the following language: “It is my will and desire that my home …, shall pass to and vest in my wife, (wife), and I do hereby devise said real property to her.”  The will went on to say that if the wife died first, the house would go to his children by a prior marriage.

UPDATE: A Missouri appeals court decided that a contractual will did not survive a divorce. Missouri, like Texas, has a statute that nullifies all provisions in a will in favor of a spouse if the spouses divorce. In the Missouri case, the husband and wife had a contractual will. They divorced. The husband did not change his will. He died. The ex-wife filed the contractual will for probate saying that the contract between the deceased husband and her survived the divorce. The appeals court said it did not. Even though the parties contracted to make mutual wills, the wife would be treated as if she had predeceased the husband under the statute that nullifies provisions in favor of an ex-spouse.

In a 2018 Texas case, a husband and wife made a joint will. Later, the wife died. The husband then executed a new will. When husband died, the new will was offered for probate. Those that would benefit from the will of the husband and wife being contractual, contested the new will. The trial court ruled in their favor holding that the original joint will was contractual. On appeal, the appeals court said that the original will was not a contractual will. The appeals court said that the original will did not state that a contract existed nor are the material provisions of the contract set out in the will as required. The new will of the husband was admitted to probate as his will. 05-17-01072-CV 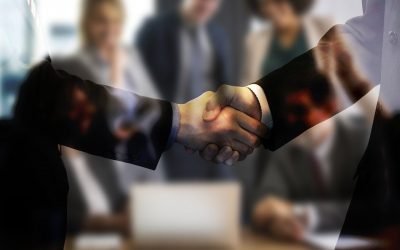 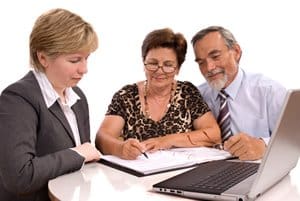 Effects of a Family Settlement Agreement?

If as part of a will contests, you enter into a family settlement agreement, can you appeal the settlement if you become dissatisfied? The Dallas court of appeals has recently written on this issue and has determined that if you accepted benefits under the settlement...