Contesting a Will Because of an Insane Delusion 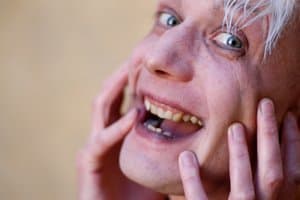 The courts have held that a testatrix’s conviction that one or both of her disinherited children were responsible for deceased’s son’s death entitled contestants to jury instruction on insane delusion as belief would not have been entertained by “rational” person.

A contestant seeking to set aside a will on the grounds of insane delusion must also show that the delusion caused the testator to dispose of his property in a way which he would not have “but for” the insane delusion.

Under Texas law, a testator lacks testamentary capacity if the terms of his or her will are influenced by an insane delusion. An insane delusion is defined as “the belief of a state of supposed facts that do not exist, and which no rational person would believe.” If there is a foundation in fact for the belief, the belief is not an insane delusion, “even though the basis may be regarded by others as wholly insufficient.” A mere misunderstanding, mistake of fact, or illogical conclusion does not amount to an insane delusion. Rather, the misconception of fact must be “due to some organic defect in the brain or some functional disorder of the mind.” Thus, to support a claim for insane delusion, there must be evidence “not only of a mental error affecting the terms of the will, but that the persistence of this mental error was caused by defective cerebration.”