Can Adopted Children Inherit in Texas?

In Texas, when a child is legally or formally adopted, they inherit to the same extent as natural children. A formal adoption is where the court system is 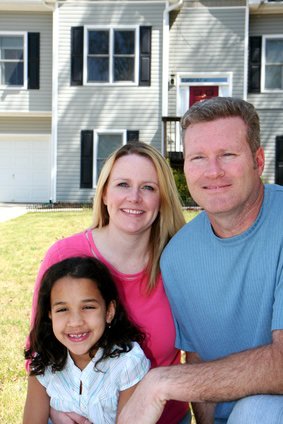 Adults who are adopted are treated differently. Those who are adopted as adults may not inherit from or through the adult’s biological parent.  A biological parent may not inherit from or through an adopted adult. Professor Gerry Beyer, www.ProfessorBeyer.Com, has said that this rule may lead to an absurd result.  “For example, assume that Mother and Father have a child in 1985.  Mother dies in 1990 and Father marries Step-Mother in 1995.  As time passes, Child and Step-Mother become close and shortly after Child reaches age 18, Step-Mother adopts Child.  If Father dies intestate, Child will not be considered an heir because the statute provides that an adopted adult may not inherit from a biological parent.
The statute was enacted as part of “family values” legislation primarily to prevent same-sex couples from adopting each other and thereby creating a “grandchild” for their parents.  Now that same-sex couples may marry, the need for this provision may no longer exist.

The simple, albeit “dumb,” solution may be to have the biological father adopt his son in the same proceeding.”

Update: In 2017, the Amarillo Court of Appeals ruled that a trust that gave property to children “born of or adopted” included adults who were adopted as adults. 07-16-00003-CV. The court found no language in the trust that would restrict “adopted” to those adopted as children. “We cannot agree that any language of the trust agreements indicates an intention of the trustors to limit adopted grandchild beneficiaries to those adopted as minors.” This case is applying language in the trust agreement and not applying the above statute to the question of adopted adults.

2017 UPDATE on adoption by estoppel

In 2017, the legislature amended the Texas Estates Code to treat children adopted by estoppel the same as any other adopted child. 22.004; 201.054(e). Some of the cases and situations listed below may no longer be good law but they are included for historical research.

In a 2016 case, a Texas court of appeals held that adoption by estoppel does not apply to adults but only to children. The court said “(a)llowing an adult to be adopted by estoppel “would greatly extend the doctrine and surely open the door to many fraudulent claims” … Such an extension would open the door to abuse by “persons who have assisted and befriended the elderly during the last years of their life” and, after the decedent’s death, claim the decedent “adopted” them by estoppel.” 01-15-00670-CV.

A Tennessee court has held that adoption by estoppel or equitable adoption are probate concepts to determine inheritance and do not apply to proceedings for parentage, custody, and visitation. Scarlett. The same is probably true in Texas courts.

Example:   There is an adoption by estoppel where Joe adopts Jane. Joe dies without a will.  Jane inherits all or part of Joe’s estate the same as any child would.

Example:  There is an adoption by estoppel where Joe adopts Jane.  Joe dies with a will that leaves his estate to his parents who survive him.  Jane doesn’t inherit from Joe because of the will.  Later, Joe’s parents die without a will.  Jane isn’t entitled to inherit from Joe’s parents if they were not in privity with the adoption.