Slayer Rule and Insurance in Texas

Many states have a “Slayer Rule.” The Slayer Rule is a stature or rule that a person who kills a person from whom they inherit forfeits the inheritance.

Texas does not have the Slayer Rule. There are ways to get around the fact that Texas doesn’t have a Slayer Rule that is covered here. The slayer can be denied his inheritance as pointed out in that article.

However, Texas does have a Slayer Rule that only applies to insurance policies. This post discusses that rule.

In this case, a son had killed his parents with a sledgehammer in their driveway. The son was arrested for capital murder but was found incompetent to face trial. The father had a policy on his life. The beneficiary was the wife and if she wasn’t around, the proceeds of the policy would go to the son, the killer. The father’s brother, the next of kin to the father, asked that the proceeds be paid to him. The trial court had entered judgment for the Estate of the father and the brother appealed. The appeals court sided with the brother and sent the case back to the trial court to have the jury determine several issues.

The first issue is—did the son’s incompetence mean that he could not ‘willfully” slay or kill his parents; and was the brother truly the next of kin or were there other brothers and sisters.

Slayer Rule cases are not easy and there are many issues to be considered. This case dealt with insurance which has a special statute while other cases deal with non-insurance issues and what can be done to prohibit the slayer from benefitting from his crime.

How do I claim my inheritance Texas

Texas Slayer Rule Affirmative Action Required The Texas State Constitution has a provision that says ""No conviction shall work corruption of blood, or forfeiture of estate." The Texas Estates Code §201.058 (Probate Code §41(d)) is similar. Those two provisions have... 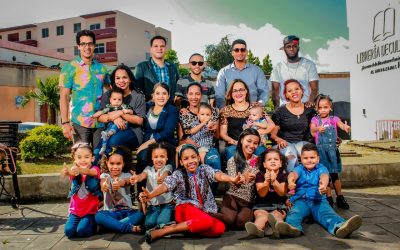 How can you revoke a trust in Texas? In a recent case in Texas, a mother and father had a trust for the benefit of their two children. The mother died. The father later remarried and had two additional children. The father attempted to revoke the first trust and made...

What is it? Tortious interference with inheritance rights is a tort where someone does something that has the effect of denying you an inheritance or gift that you should have received. It is a tort just as if someone runs a stop sign and injures you. Both of these...

HOA or Home Owner's Association fees are much more common today than they used to be in the past. Most condominiums have an HOA. Small subdivisions may also have home owner's associations. These associations are set up by the original builder or developer to help...