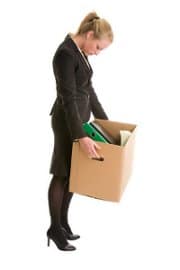 In Texas a fiduciary can be removed if he has a conflict of interest with the beneficiary.

In a recent case, two brothers owned a farm.  Both had done extra work on the farm.  One of the brothers died.  The one that died had an ex-wife and two children.  He left his property to his children.  His will created a trust for them.  He named his brother both as executor of the will and as the trustee of the trust.  His brother was, therefore, a fiduciary under the will and under the trust.

The wife asked the court to remove the brother as executor and as trustee.  The trial court refused to remove him and

Update:  The Supreme Court of Texas reversed this case and ruled that, under the facts of this case, the executor could not be removed.  If you think that a fiduciary has a conflict of interest, you should contact us to evaluate the case in light of this Supreme Court decision.P.C. 149C and Prop. C. 113.082. 284 /3 831.

Update 2: The Texas legislature passed legislation that has the effect of overruling the Supreme Court’s decision in the first update. Now, a “material conflict of interest” will require removal of an executor or trustee. P.C.149C(a)(7).

A fiduciary can be removed because of gross mismanagement. In a recent case, an attorney was appointed as the Independent Executor of his great uncle's estate.  He was not a beneficiary under the will.  He hired himself to be the attorney for the estate.  The will did...

I wrote an article that explains that executors, trustees, people holding a power of attorney and others are fiduciaries. You can view that here.I have written before about the limitations period for breach of fiduciary duty here.  In that article, I talked about a...

When a person tells someone how he wants his property handled when he dies but he has a written will or trust, the oral statements will not change how his property is handled if the will or trust is unambiguous. Problem Someone testifies in a Texas will or trust...

Facts Can an executor sell property to himself? An executor, a trustee, and a holder of a power of attorney are all fiduciaries and owe the upmost duty to those they serve. In a Texas case out of the Houston Court of Appeals in 2016, a will had given a certain piece...

Power of Attorney A power of attorney in Texas creates a fiduciary duty between the person who holds the power (agent) and the person who gives it (principal.) The agent owes his principal a high duty of good faith, fair dealing, honest performance, and strict...

Removal Of Executor In Texas

Grounds for removal of an executor in Texas A Texas executor, administrator, trustee, or other fiduciaries can be removed by the probate court but not because the beneficiaries under the will don't like him. A Texas executor can only be removed for specific reasons...